Stalemate at the Loughview Leisure Arena as Carrick hosted Coleraine 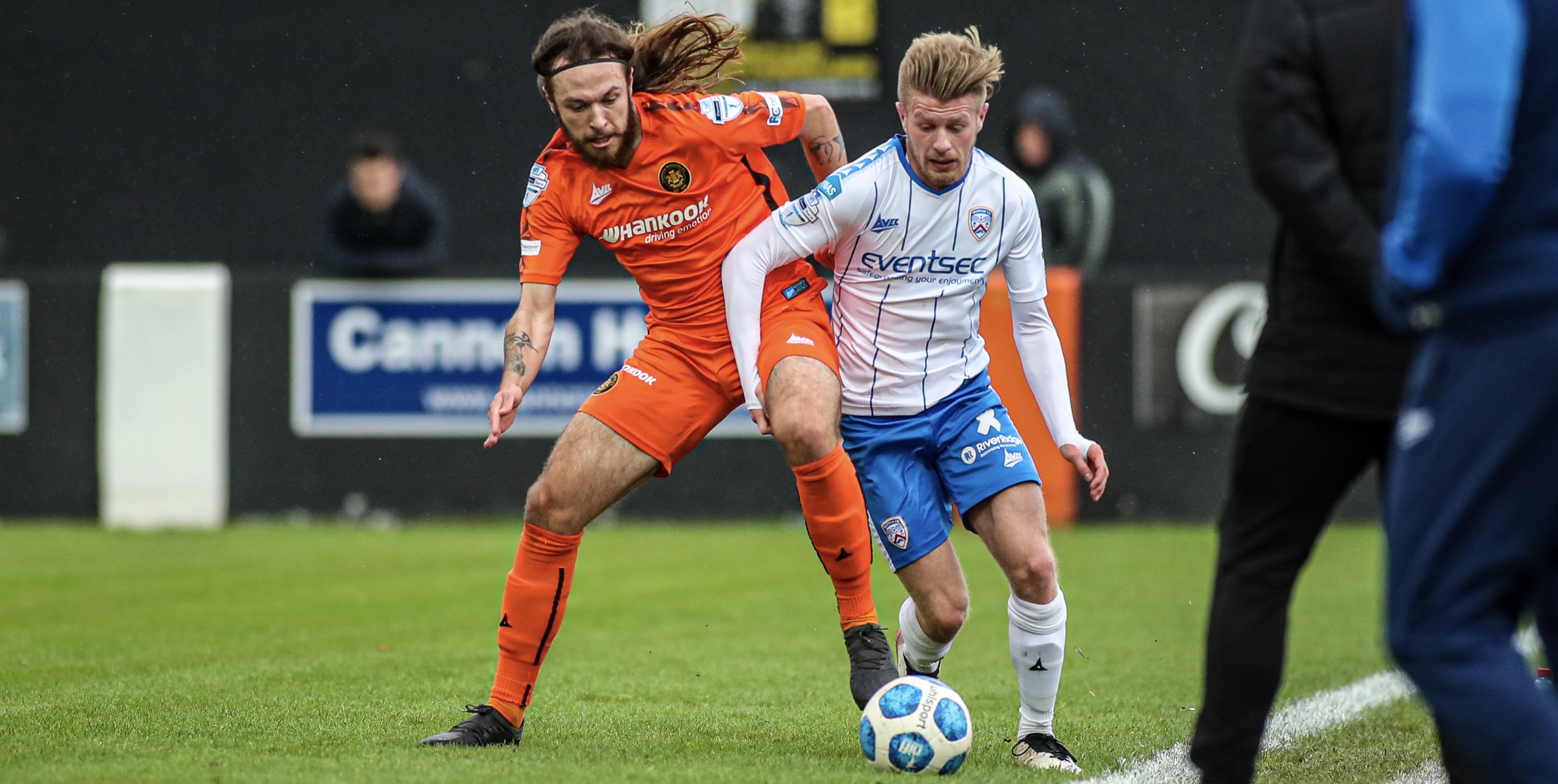 It was a stalemate at the Loughview Leisure Arena on Saturday afternoon as Carrick hosted Coleraine for the third time this season.

Despite ending goalless, the game wasn’t short in chances. Aaron Hogg returned from injury to start between the sticks, and he was called into early action, palming away a powerfully struck free kick.

From then on it was Stuart King’s men who enjoyed the better of the opportunities as a misjudged header from Aaron Traynor gifted possession to Ewan Kelly who saw his effort denied by ‘keeper Gareth Deane who was quick off his line.

The Coleraine shot-stopper had to be alert again on the half-hour mark to first get a hand to Lloyd Anderson’s low shot before he gathered Jordan Gibson’s left-footed strike minutes later.

Anderson went close once more with ten minutes left as he got his head on a Kyle Cherry corner, but Deane did well to push the ball over the bar and make sure it stayed at a deadlock at the interval.

Following a slow start to the second half, a great pass from Emmett McGuckin, wearing the captain’s armband for the day, picked out the run of Ben Tilney who saw his shot saved by the resolute Deane.

The Bannsiders momentarily thought they had found the opener when Eoin Bradley glanced a header in from Jamie Glackin’s cross, but the celebrations were short-lived with the goal flagged for offside.

At the other end, Gibson again found himself in a promising position in the penalty area, but he dragged his shot wide of the far post.

With neither side able to find the back of the net, it was to be a draw and a well-deserved point for Carrick Rangers.