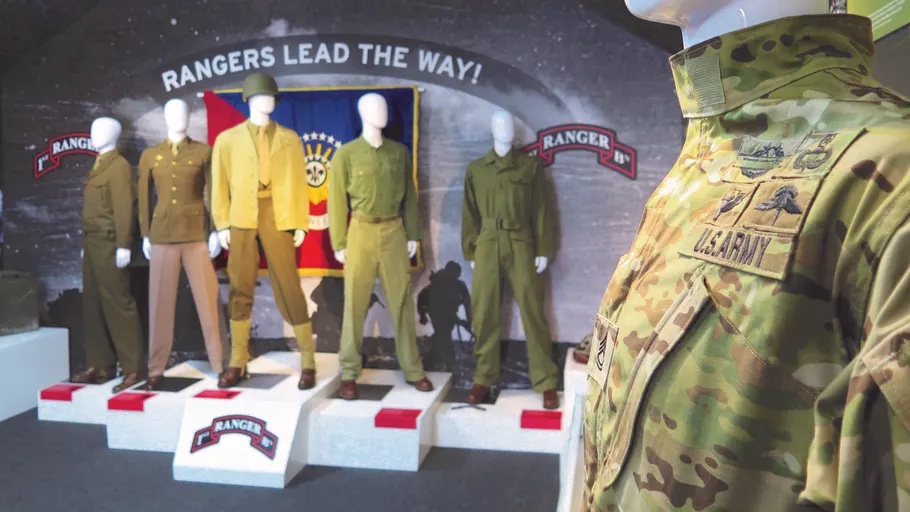 Mid and East Antrim Borough Council has issued a letter of support to an American campaign to secure a Congressional Gold Medal for the remaining United States Army Rangers of World War Two.

The council was approached by Ron Hudnell, the son of a WWII US Ranger and Board member of The Descendants of WWII Rangers Inc, who are leading the campaign to push legislation through Congress this year.

The Congressional Gold Medal is America’s highest civilian award to individuals or groups (military or civilian) that the country wants to recognise for significant contributions.

“As a Council we take pride in our military connections and are committed to actively engaging in commemorative activities that acknowledge and express gratitude and appreciation for those who serve their country on the battlefield.

“Carrickfergus is the birthplace of the US Rangers, and we remain committed to maintaining this connection through the US Rangers Centre and various public programming activities including exhibitions and lectures as well as formal commemorations at the US Rangers Memorial stone.

“The US Rangers Centre owes its existence to a group of veterans who were all once Darby’s Rangers. They visited Carrickfergus in 1992 for a 50th anniversary reunion, bringing with them their memorabilia and stories.

“The museum continues to attract visitors from all over, including many serving and former US military personnel and for this reason we fully support Mr Hudnell in his efforts to secure a Congressional Gold Medal for those who played such a significant role in securing victory for the Allied forces.

“We fully support Mr Hudnell and all those involved in their efforts.”