Glentoran puts five past Carrick Rangers before half time 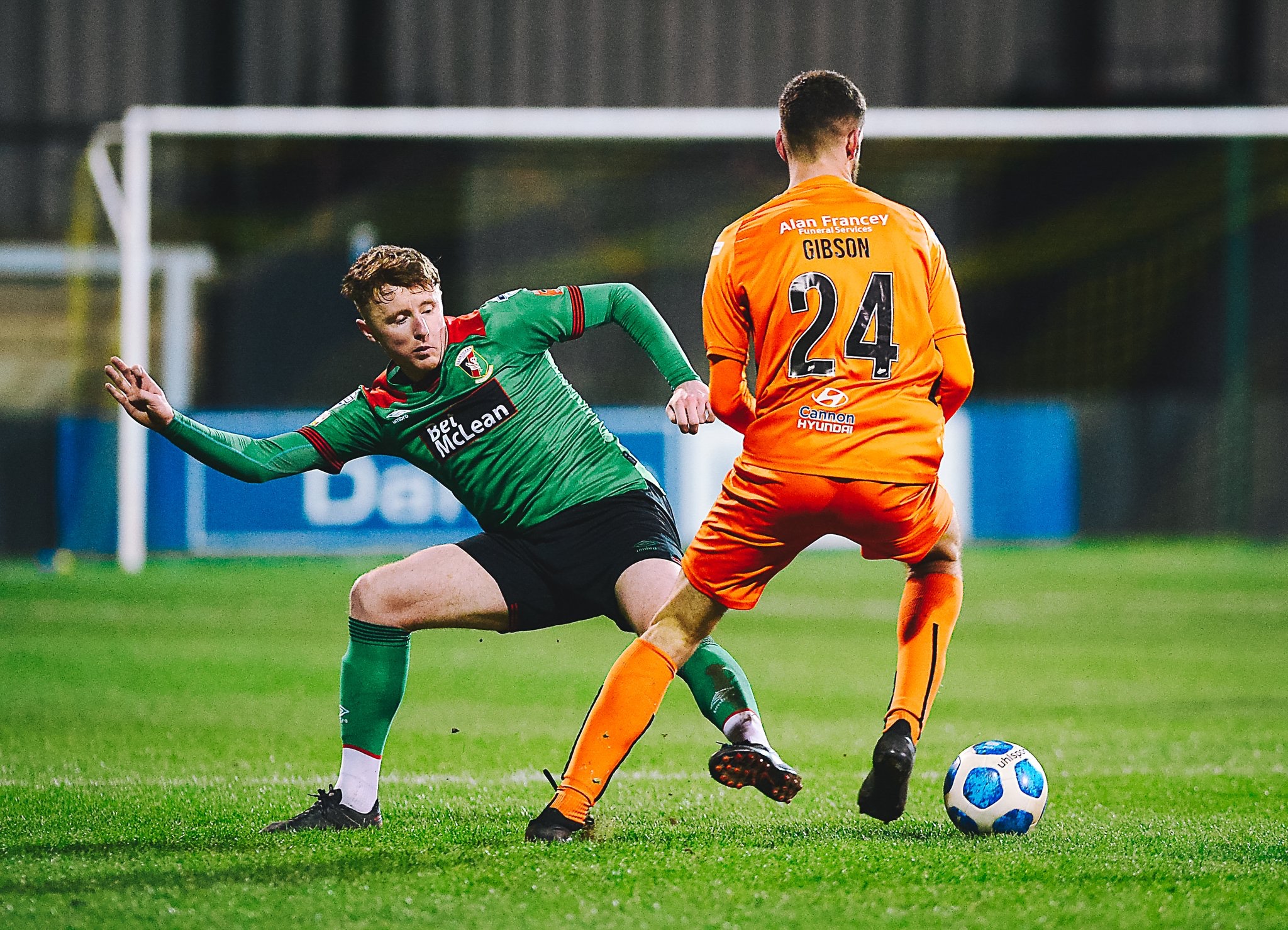 It was Mick McDermott’s Glentoran side that took all three points at Taylors Avenue tonight scoring five goals before the break.

Jay Donnelly scored a double early on for the East Belfast side. Shortly after that Glendinning’s own goal made Carrick’s misery start to deepen. At the half-hour mark, the January transfer deadline day signing Conor McMenamin hoped up to score his 4th goal since joining the Glens and the 4th goal of the night.

It didn’t stop there for Glentoran with Jay Donnelly on the scoresheet his Brother Rory Donnelly gut one in the back of the net on the 42nd minute.

The second half was much quieter. Stewart had a few chances to put Glentoran’s scoreline up to 6, with one of those chances Hogg had to make an excellent fingertip save.

Tomorrow will see a Shanes Hill derby as Larne will take on Ballymena at the Showgrounds which kicks off at 5:30 pm and is live on BBC iPlayer.