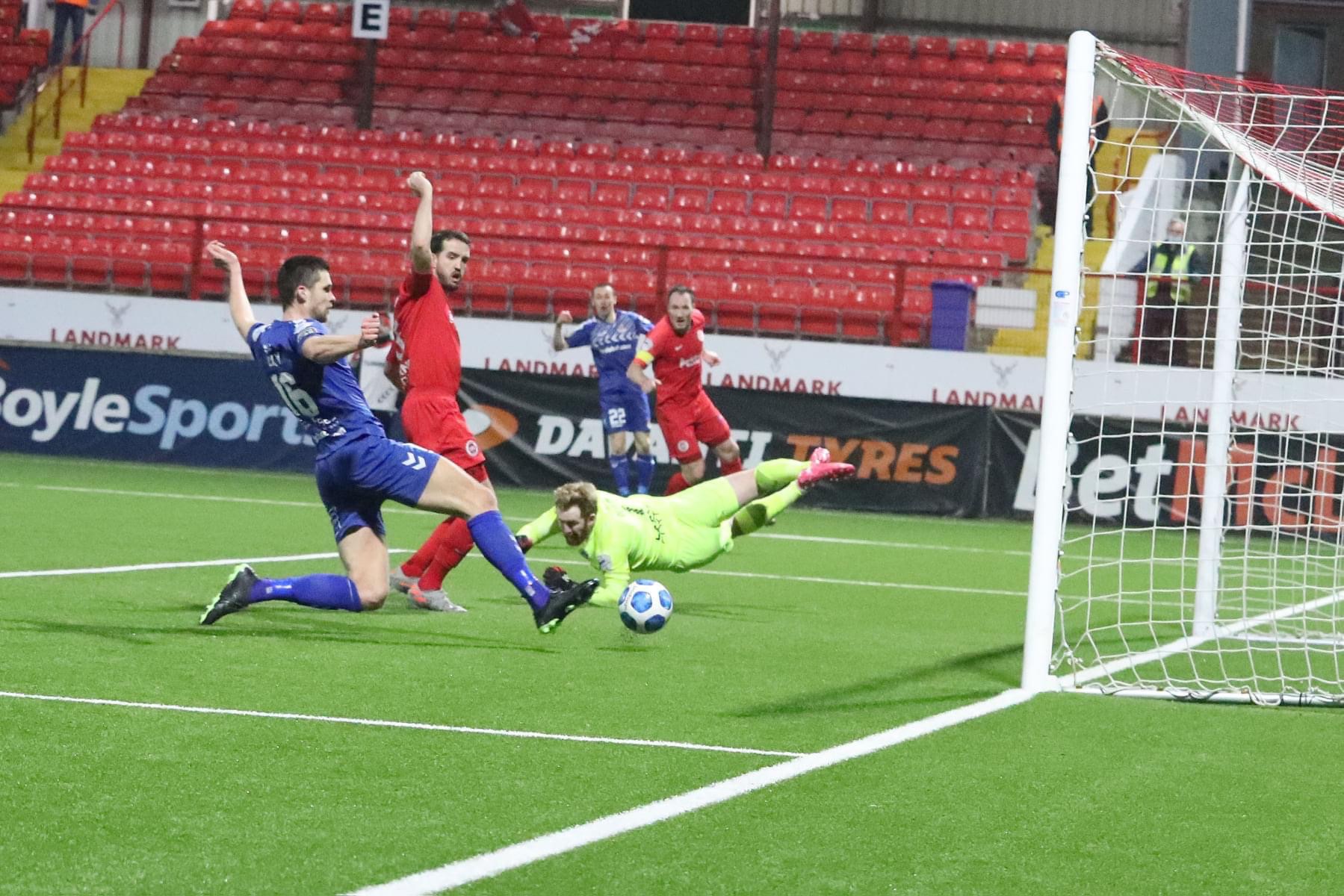 It’s finished all square at Mourneview Park. The first action of the game came on the 9th minute with a goal from Carrick’s Kelly assisted by Kyle Cherry. Carrick was to play the rest of the match with 10 men after a red card was showing to Chris Rodgers.

In the second half, the home side Glenavon pulled a goal back on 48 minutes from defender Colin Coates. The action didn’t stop there as Aaron Hogg’s late penalty save helped secure the point for the visitors.

Carrick now moves up to 10th with 13 points on the table.

Over at Inver Park Crusaders went home with all 3 points. Larne had to play the majority of the match with 10 men when Larne’s midfielder Fuad Sule was shown a red by referee Raymond Crangle on the half-hour mark after an off-the-ball clash with with Declan Caddell.

Come the 54th minute the deadlock had been broken with a goal from Lecky. He made his goal tally 2 on 69 minutes, firing the ball into the bottom corner. Around the games final 15 minutes, Heatly provided Lecky with his third goal of the night completing his hat-trick to wrap with the win for the Shore Road men.