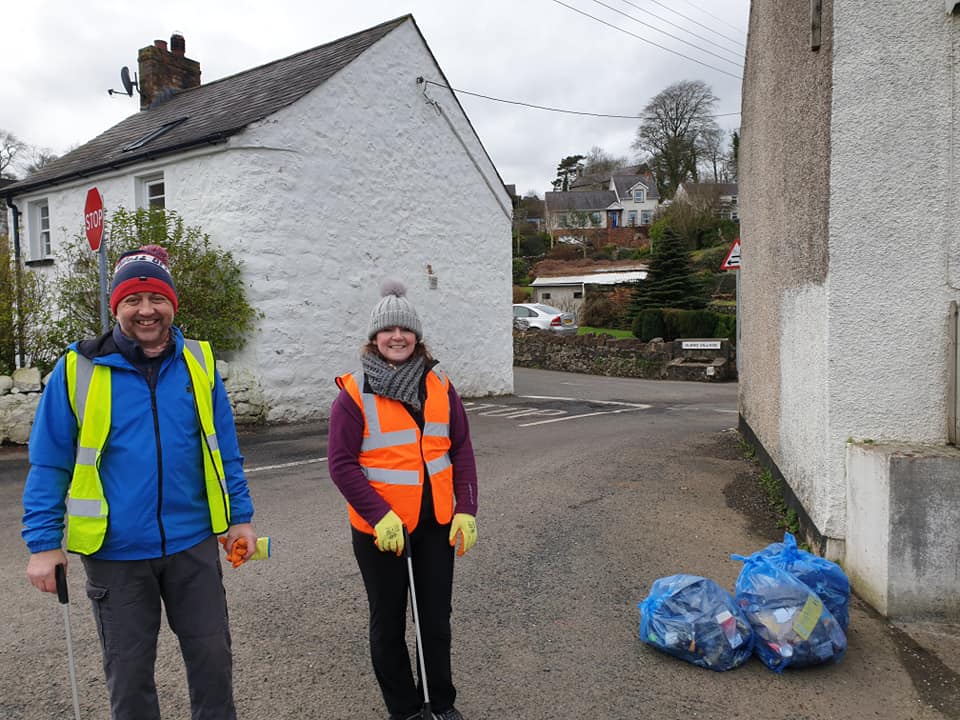 A group of litter-fighting enthusiasts known as the Eco-Rangers Larne are helping clean up streets and spaces across the borough.

The group started in Larne with just 12 members in October last year and now has more than 300 locals hitting the streets who have collected a thousand bags of rubbish from nearby areas.

The group has already expanded into Glenarm, Ballycarry, and as far down to Carrickfergus. They have also established the Junior Eco Rangers with younger ones getting involved, and now a sister group covering the north coast, North Coast World Earth.

The brains behind it was Larne’s Abe Agnew who is passionate about keeping the area clean, tidy and enjoyable for residents and visitors. He has rallied new members from all communities across the town.

Abe now wants the movement to expand to Ballymena as well: “When I started collecting rubbish after seeing calves in a field trying to eat crisp packets, I expected around five or six people to want to help, not hundreds. I’m delighted to see so many people take pride in their local area and it really has made a difference.

“We have such beautiful places and it is such a shame that litter takes the look of them. We have been supported by council who help provide kit and collect rubbish bags, we’re also asking for more bins, but there’s only so much they can resource, people need to take responsibility for the areas they live in.

“It’s been such a success, I’ve seen a great improvement around Larne and now Carrickfergus, and we’re so happy the north coast residents are rolling out the model too. What we really need is Ballymena to get on board now and we can help get them started.”

Council supports the group by providing bin bags, collections and is in the process of helping them to secure funding. The group have also received support from local businesses as well.

The Mayor of Mid and East Antrim, Councillor Peter Johnston praised the group: “Abe and all the rangers are doing so much to help their local community. A huge thanks must go to these dedicated volunteers who have worked so hard in their own time. It really shows a sense of pride to look after their areas and help maintain the beauty we have to show off around Mid and East Antrim.

“As a council, we value our borough’s natural environment and we must all play our part to protect it and behave responsibly towards it. Littering is a criminal offence with a fine of up to £80. Our environment here in Mid and East Antrim is one of our strongest assets and we want to protect it for generations to come, but we need our local communities to support this. Council and community groups like the Eco Rangers are working tirelessly to clean up after those who still continue to flout the law and show complete disregard for our beautiful spaces across the borough.”

The group now has over 900 members on Facebook and you can find out more about them by joining the group online. Just search Eco Rangers Larne Official for more.

There are five recycling centre sites across the borough and you can also arrange bulky lifts with Mid and East Antrim Borough Council for larger items.